With Apple’s release of iPadOS, the iPad has received a huge update making it a much more capable computing device, there’s been a lot of talk online about the viability of now using the iPad as your main or only device and in these posts we’re going to delve into the potential of Apple’s iPadOS with respect to Dynamics 365 and the Power Platform.

Today we’re going to take a look at the different methods of accessing Dynamics 365 on iPadOS.

Microsoft introduced a dedicated tablet and mobile app some time ago, which has been receiving regular updates ever since. We can search and download this from the Apple App Store. As you will see there are a several Dynamics 365 apps, but the one we want is simply called Microsoft Dynamics 365, so let’s download that.

When we open up the app for the first time we are going to need to authenticate, and once done we are taken to a Dynamics home page where we can select the app that we want to open. What you may notice is that this list only contains our model driven apps, no Canvas PowerApps or legacy apps here. 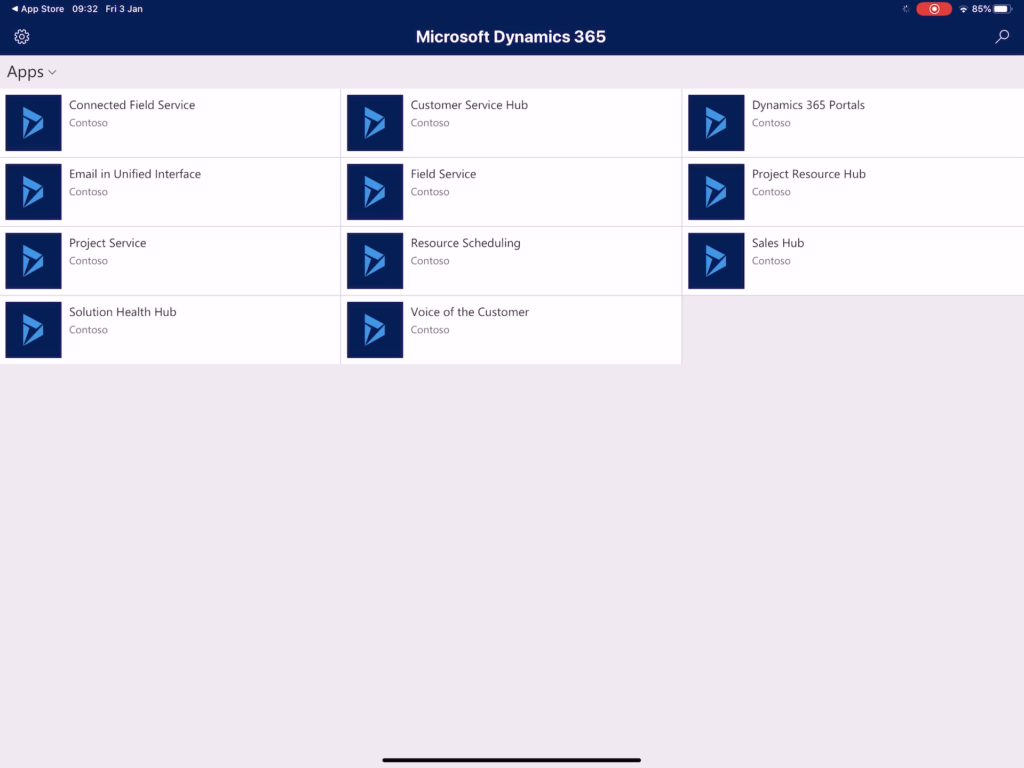 Let’s open up the Sales Hub and take a quick look around.

The form and grid layouts are familiar with the same look and feel as their browser based counterparts. The navigation differs fairly significantly, it displays along the bottom instead of to the left and along the top. There are also several features that aren’t available in the tablet app such as Advanced Find, Reports and access to the System Settings and Customization functions. 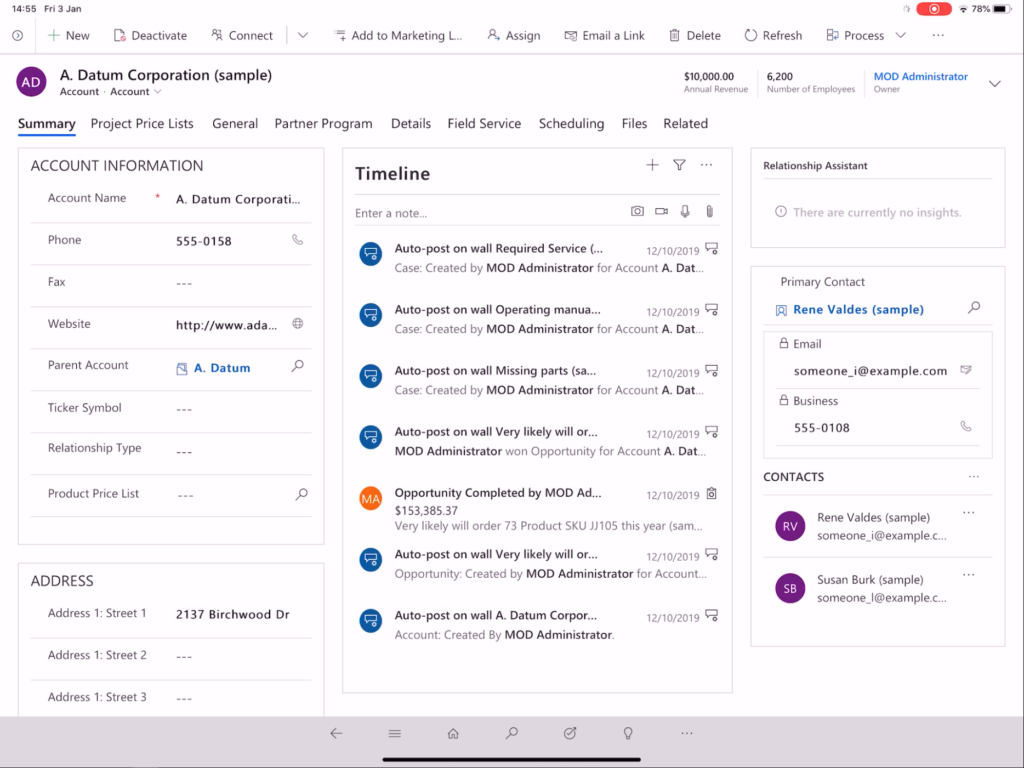 The other option we have for accessing Dynamics on the iPad, is to use the browser.

The iPadOS update brought in a change to Safari where the desktop version of a website is always requested by default, where previously  it would have been the mobile version and you would have had to manually change this every time you loaded a new page. Now although, this is great for a lot of websites, it should no longer really matters with Dynamics as with the release of the Unified Interface, the web client is designed to be responsive to all screen sizes and there isn’t a separate mobile version of the interface.

Logging into the Dynamics 365 home page, you can see the familiar app selection screen and you have access to the full array of apps available, including the legacy apps. If you scroll down, you can even see you have access to canvas PowerApps, which if you have the PowerApps app installed, will open up in the dedicated PowerApps tablet app. 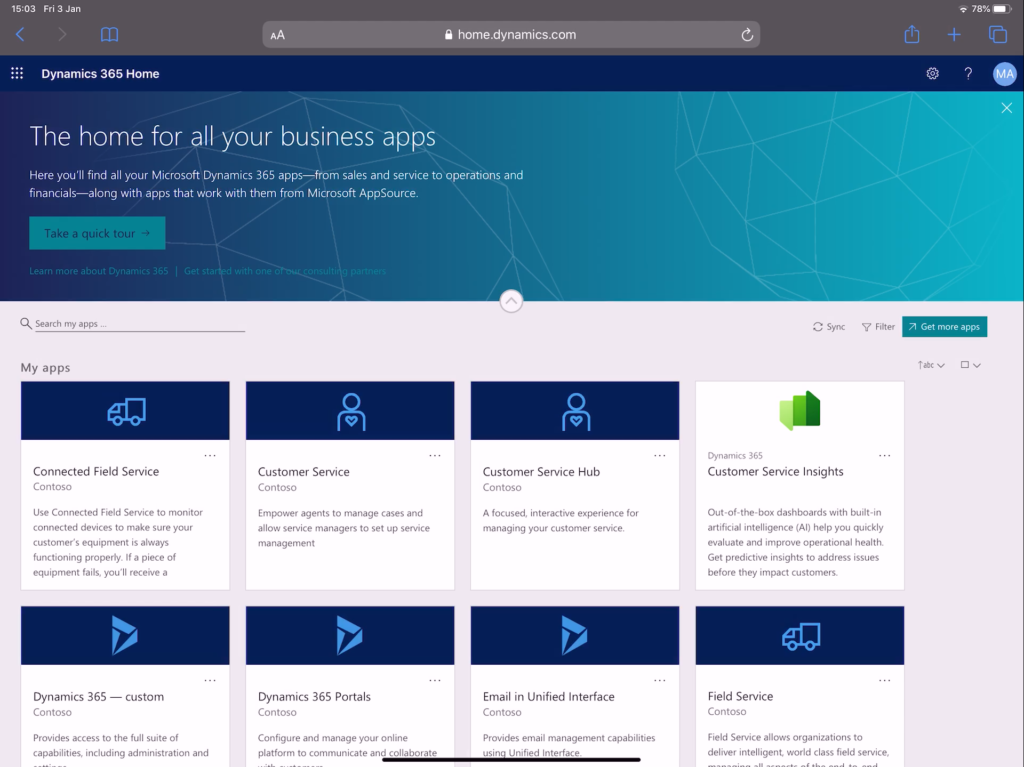 Let’s open up the Sales Hub again, and you will see the full browser experience is right here on the iPad. With full access to the navigation, views and forms as well as access to the features not available in the tablet app such as Advanced Find and Settings.

The layout of the new Unified Interface apps are designed to be responsive to the browsers screen size and resolution, these screen shots were taken on a 12.9 inch 2018 iPad Pro and as you can see it’s very capable of displaying the entire form of a record. 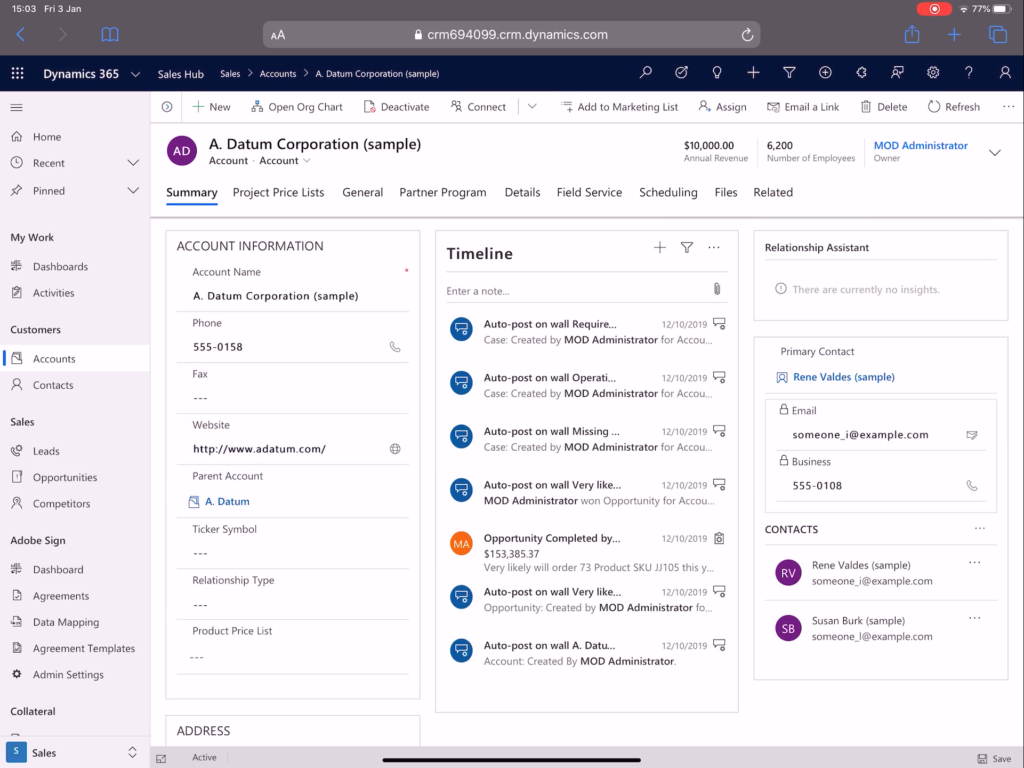 On the topic of responsiveness, here you can see the same Sales Hub app open in Safari on an iPhone and you can see the client is scaling well, you can easily navigate around the application using the icons along the top of the screen and everything looks well formatted and scaled for the smaller device.

Tweets by FlexRMDynamics
Go to Top