Web Client will be deprecated 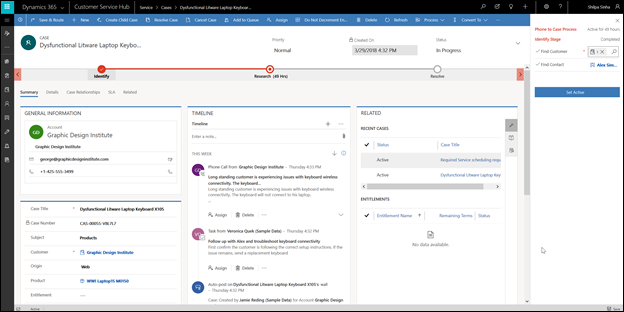 Last week Microsoft announced that the classic Web Client interface will be depreciated and customers of Dynamics 365 online will need to transition to the Unified Interface by October 1st 2020.

When the Unified Interface was first released FlexRM found it frustrating as there were basic items missing from it. For example, you couldn’t launch Advanced Find from the Unified Interface in it’s first iteration. Microsoft have since made many improvements to the interface and although it still has some items that are missing/different to the Web Client, FlexRM have been recommending it’s use for a while now and warning customers that we believed Microsoft would be moving in this direction.

FlexRM recommend that any organisations still using the Web Client should begin reviewing what changes (if any) they may need to do in order to transition across to the Unified Interface. As a minimum FlexRM would recommend the creation of a new app and site map in D365 followed by training of users before they transition to using the Unified Interface.

Outlined below are some benefits of the Unified Interface as documented here by Microsoft.

Get in touch for assistance with your Unified Interface Transition

The timeline view helps you collaborate with your team by tracking customer communication in a record on a single page in an easy-to-read view. You can see everything from posts and voice attachments, to emails and notes. It provides a quick way to see the entire communication thread. For more information, see Add an appointment, email, phone call, notes or task activity to the timeline.

The improved accessibility experience lets you use screen readers to translate on-screen information into audible sound and print to a Braille reader so that more people can use the app. For more information, see Use a screen reader.

Tweets by FlexRMDynamics
Go to Top